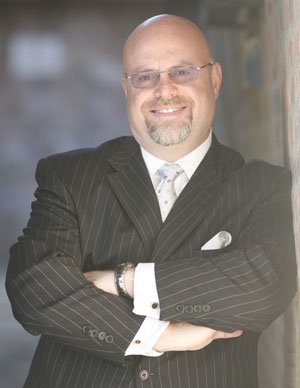 With over 36 years in the security industry, Larry has been in leadership roles providing the physical security operations for countless installations and special events. In addition, he has provided executive protection for numerous captains of industry, VIPs and celebrities throughout his esteemed career.

Larry serves as Chairman of the Board of the Illinois Security Chiefs Association (ISCA), a position he has held for over a decade and is President/CEO of LD360, Inc., a security consulting firm in Illinois that he founded in 2013 after a successful career in the private security industry.

Prior to starting LD360, Inc., Larry was Vice President of Business Development and Area Vice President for Securitas Security Services USA, the leader in integrated guarding services in the United States. Larry’s responsibilities included the continued growth and successes of Securitas within the Chicagoland area. Larry is also the former CEO and President of Security Management & Investigations and the former President of The Security Professionals, Inc. For 32 years, he was responsible for the continued growth and success of a multi-million dollar security and investigation corporation, administrating to a workforce of thousands of security and off-duty law enforcement officers.

Larry has worked tirelessly to raise the standard of the entire security industry. As Chairman of the Board of the Illinois Security Chiefs Association, Larry has represented the organization at various state legislative and regulatory advisory meetings affecting the security industry in Illinois.

Through Larry’s leadership, the Illinois Security Chiefs Association has established an effective relationship within the law enforcement community. These alliances brought together public and private agencies, proprietary security and safety directors, and governmental bodies to work together to improve the safety and security of the public.

In addition to serving as the Chairman of the Board of the Illinois Security Chiefs Association, Larry was an active member of the ASIS Law Enforcement Liaison Council and Private Security Council. He also served as the President of the Midwest Security Conference; a co-founder, former vice-president and current advisory board member of the Illinois State Crime Commission; a former chairman of the DuPage County Crime Commission; a contributor to the U.S. Department of Justice Hallcrest Report II, and serves on the Illinois Association Chiefs of Police Public/Private Liaison Committee.

Larry is licensed by the State of Illinois as a Private Security Contractor and a Private Detective.

I have found Mr. Doria to be highly qualified and extremely knowledgeable and professional with all aspects of providing security and protection.

Anyone who has the fortune to develop a professional, or personal, relationship with Larry will do so with an individual of tremendous knowledge and integrity.

Provided executive protection for numerous Dignitaries and VIP’s while visiting Chicago which included:

National Alerts and Special Events – Provided Metra with hundreds of off duty law enforcement officers on a regular basis to supplement the Metra Police in critical times of national alerts and for Chicago special events.

National Conventions – Provided hundreds of retired and off duty law enforcement officers for the 1996 Democratic National Convention and multiple events throughout Chicago during the duration of the convention.

Terror Threats – Provided hundreds of retired and off duty law enforcement officers on a daily basis for numerous facilities in the Chicago central business district in the 6 month aftermath of the bombing of the World Trade Center.

Natural Disasters – Provided hundreds of retired and off duty law enforcement officers to protect critical locations in Alabama and Mississippi in the aftermath of Hurricane Katrina.